Eyewitness to the Impossible: building trust on three continents 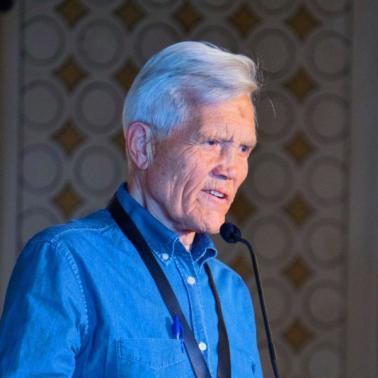 Jens J Wilhelmsen is Norwegian and he fought in the clandestine resistance movement to liberate his country from foreign occupation. After the war, he had the unique experience of spending a decade in two of the countries which lost, in Germany from 1948 to 1953, and in Japan from 1953 to 1958. In both countries he worked with IofC, and distilled his experience in two books: 'Men and Structure' (1982) and 'Eyewitness to the impossible' (2016). The first deals with the inter-action between change in social structures and human attitudes, the second reports on reconciliation and trust-building as a means of solving conflicts. He has lived and worked in different parts of Asia, Africa, North America and Europe.

‘Making history is not the monopoly of the rich and powerful,’ asserts Jens J Wilhelmsen after nearly 70 years of working for justice and peace. He introduces the reader to ordinary people whose actions helped their countries to chart a new course: German coalminers and managers, Japanese youth leaders and farmers, Africans struggling for independence. He draws on experiences in Burundi and Congo to reflect on the bitterlegacy of Europe’s colonial past; describes his part in a bid to resolve trade conflict between Japan and the west in the 1980s; and explores the challenges facing Europe in the 21st century.

A simple philosophy underlies Wilhelmsen’s narrative: change in society begins with yourself. ‘When individuals or nations deal with their own transgressions rather than those of others, powerful forces are released,’ he told the norwegian daily, Klassekampen. Readers are not offered a panacea, but are encouraged to experiment themselves.

‘A close-up study of the Germans, the author himself and some gripping moral and political dilemmas. Extremely powerful.’ Fædrelandsvennen, Kristiansand

‘Can ordinary people make history? these stories make the pointthat those who want to change the world must start with themselves, but not stop there.’ Vårt Land, Oslo

Jens Jonathan Wilhelmsen is a Norwegian writer who has devoted his life to work for reconciliation and justice on three continents. He lives in Oslo, where he is engaged in building trust within an increasingly multicultural society.

Available from our online shop for £14 plus p&p